The Olympics never fail to leave us feeling motivated and inspired. To watch the fastest, strongest, and most talented athletes in the world compete at their peak performance is awe-inspiring. What makes the Olympics even more interesting to watch is understanding the history of the athletes and what makes them who they are.

We’ve researched a handful of stories from PyeongChang 2018 that will leave you even more impressed with Olympians than you were before.

This trio of women are the talk of the town at the 2018 Olympics. Adigun, Omeoga, and Onwumere make up Nigeria’s first ever bobsled team.

The team of three trained in Texas on a homemade wooden bobsled in preparation for the games and crowdfunded their way to qualification. Needless to say, these women are pushing the limits.

“Just because you don’t know what it means to see snow or to understand temperatures that are equivalent to ice, that doesn’t mean you have to shy away from it,” Adigun said. “That’s what Africa is representing — that we can take those risks and still be able to compete with the best in the world.”

The following one-minute video sums up their incredible story.

This video literally gave me chills, I am so excited to watch Nigeria compete in the winter Olympics bobsledding race the first time an African country has ever competed in bobsledding! ✊🏿@beatsbydre #abovethenoise pic.twitter.com/zLDPLJfcIQ

Jamie Anderson has been referred to as “America’s Olympic Hippie” and we love her mentality!

The American Olympic Champion was raised in Lake Tahoe and homeschooled by her mother who believed that kids belonged out in the mountains and woods, rather than in a classroom. It is clear where Jamie got her free spirit from and why she can be found hugging trees before her races! 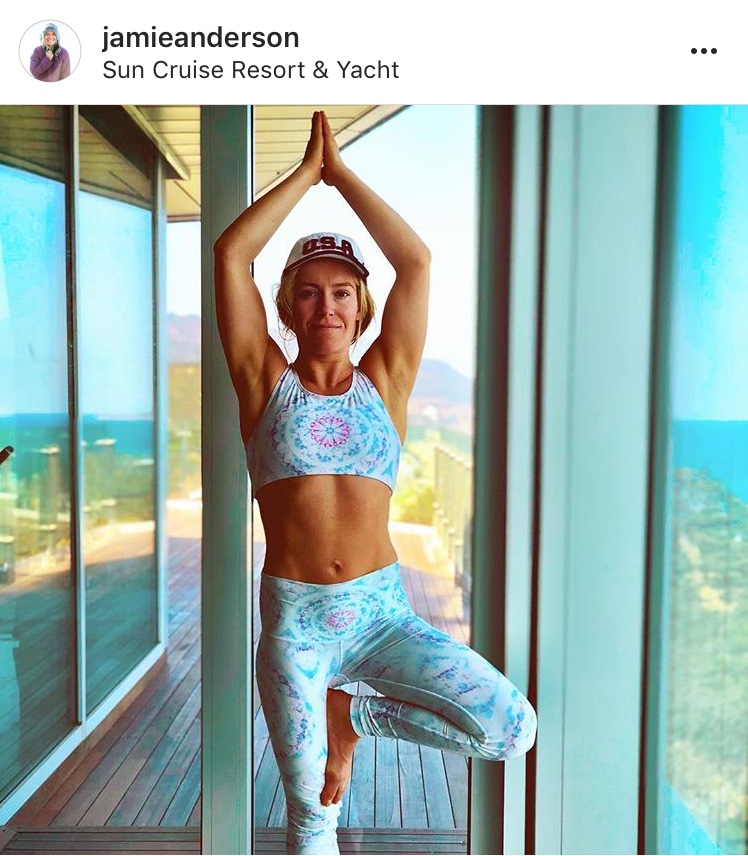 Maame, born in Ghana, moved to the US when she was just 5 years old to live with her father.

Maame began figure skating when she was just 6 years old, and was quickly encouraged to switch to speed skating because she was so fast.

Biney specializes in short-track speed skating, with her favorite event being 500 meters. Although she was just shy of advancing to semifinals in PyeongChang, the eighteen year old is already looking forward to the next Olympics.

Gus and Adam are the first two openly gay American athletes to compete in the Winter Games.

The two are using their voices to make an impact on the LGBTQ+ community. Gus Kenworthy states: “I think that myself being out, Adam being out, all these athletes finally being out for the first time, I think it just shows a shift, a change, and hopefully in the future, it means that it won’t be a big thing,” he said. “It won’t be a headline, it won’t be the gay Olympian, the gay skier, the gay anything, it will just be a skier.” Kenworthy goes on to say “the Olympics is all about inclusion, coming together for sport. That’s the footprint I want to leave.”

Adam has already taken home a bronze medal from his Olympic debut. Gus, on the other hand, just recently announced that he broke his thumb. Of course, he will still be competing, but claims the silver lining is that the injury will prevent him from shaking US Vice President Mike Pence’s hand (who is known for his opposition to LGBTQ+ rights). 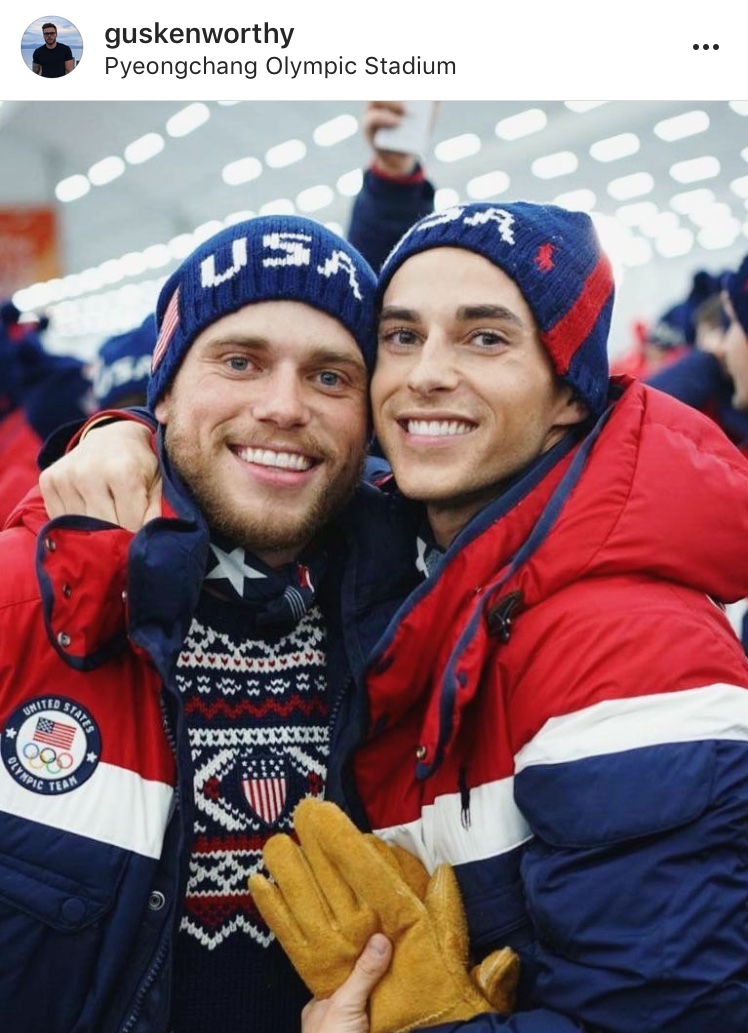 Elana Meyers Taylor is no stranger to the Winter Games. Taylor is a two-time Olympic medalist and four-time world bobsledding champion.

Elana Meyers Taylor led the way for women to compete in four-person co-ed sleds. Following her performance in the 2014 Olympics, the International Bobsleigh and Skeleton Federation officially started allowing women to drive four-person sleds with men as the sled crew.

Although this is Elana’s last Winter Olympics, we have a feeling we will be seeing much more of her in the future. Her dream is to one day become the CEO of the US Olympic Committee.

Read more on her journey here.

Spencer, like Momentum Dash, is from British Columbia, Canada.

Spencer’s success over the years set her up to be a top medal contender for Sochi 2014 until she was diagnosed with rheumatoid arthritis in November of 2013.

Spencer says that by the time she got diagnosed, the arthritis had gotten so bad it was difficult to lift her head off the pillow. The stiffness and swollen joints kept her off her board for seven months, which led to bouts of severe depression. Despite it all, she made it to the Olympic final in Sochi.

Spencer’s grandmother is from the Kwakwaka’wakw First Nation. Spencer is representing Canada and First Nations at this Olympic games. She has donated equipment to the First Nations Snowboard Team and is also involved with a program to promote health and wellness in Aboriginal communities. 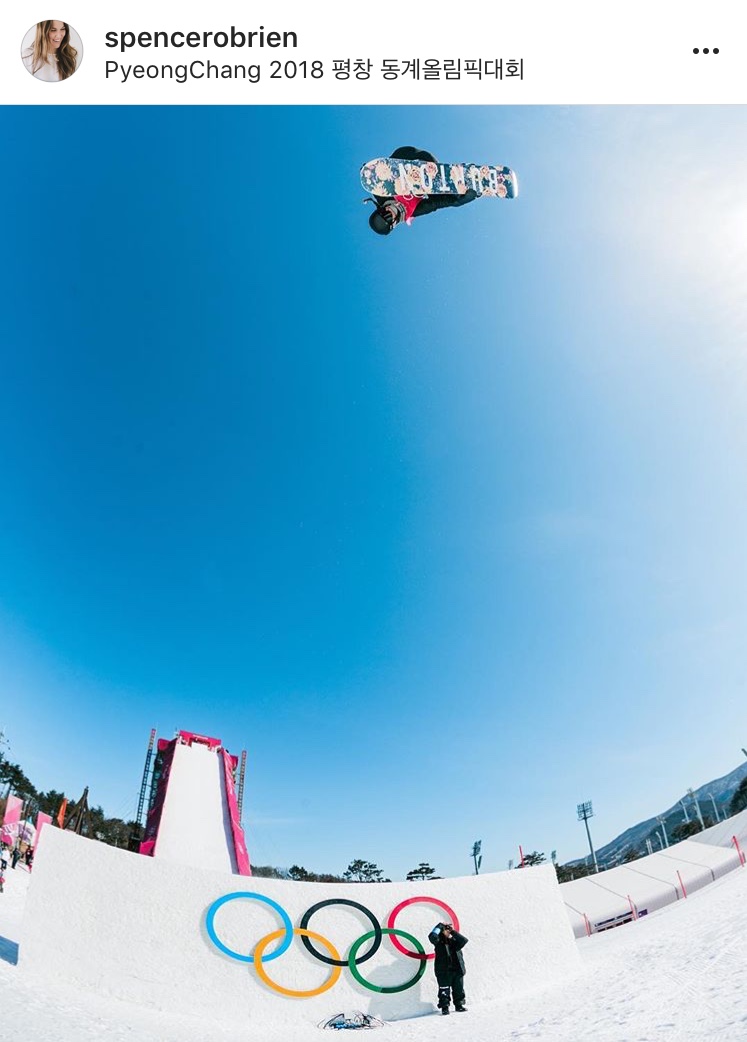 Travis Gerrits was diagnosed with Type 1 Bipolar Disorder shortly after competing in the 2014 Olympic Games. When trying to get back into training post-Olympics, Travis realized he was falling into a deep depression, which is something he had felt on and off for a number of years.

Travis has been very open about his diagnosis and persists that he will not let his illness define him. Sharing his story has inspired others to speak up and seek the treatment they need.

History has been made in PyeongChang. Marai Nagasu is the first US woman to land the triple axel in Olympic competition. Marai joins Midori Ito and Mao Asada as the only women ever to land a triple axel at the Olympics.

You can watch her nail the jump here. 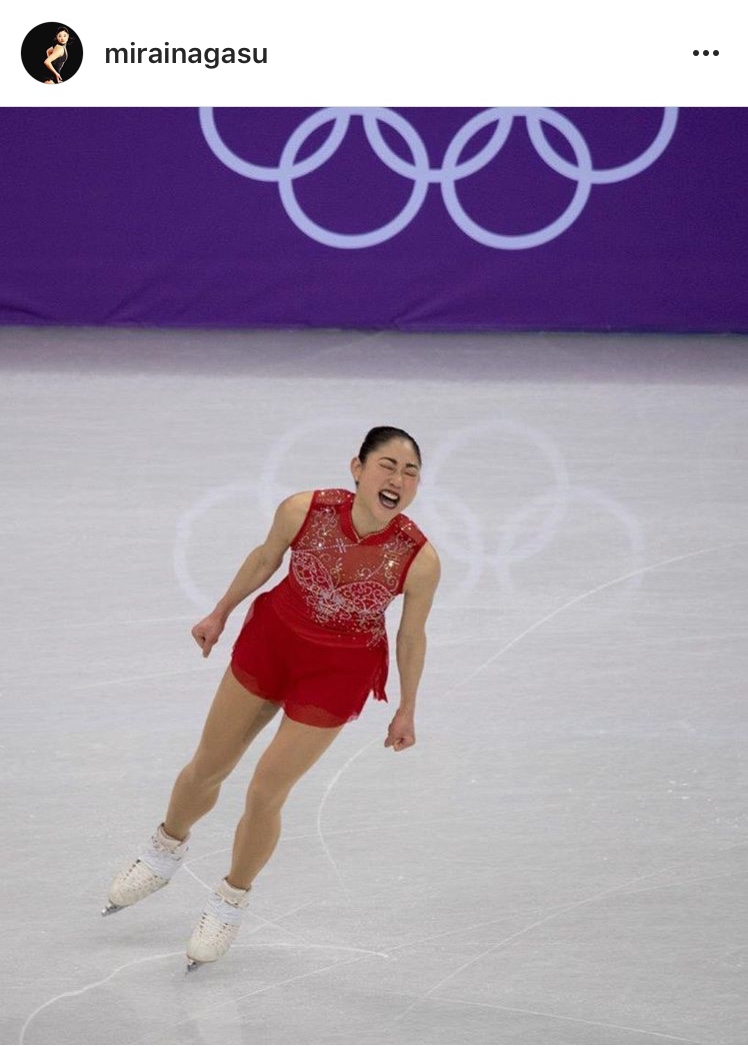 The first athlete in history to compete in eight Winter Olympics, Noriaki Kasai is 45 years old and has been competing in the Olympics since 1992. The word on the street is that Kasai aims to compete in the 2026 Olympics when he is 53 years old.

Are you following an inspiring Olympic story that is worth sharing? Send it to us and we can help share the love!